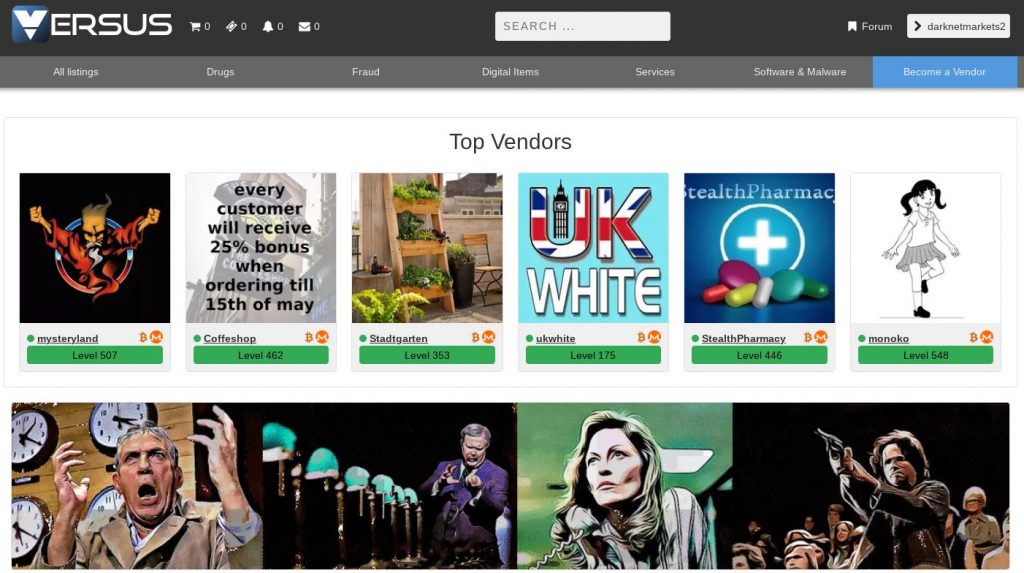 The Versus darknet market was taken offline by its administrators and not hackers, claimed its admin in a Dread forum post on Tuesday. Critical information leaked to Dread last week was confirmed by independent researchers to be a “high severity Proof of Concept exploit” that had the potential to reveal market-related databases and IP addresses. As a result, the market is now officially closed.

For the first few days of Versus going offline, the market was feared to have been fully compromised by hackers, or potentially even upended via the efforts of law enforcement. Facing vulnerabilities that proved too difficult to resolve in a manner satisfactory for the security of its customers, the market’s admins decided to retire, leaving darknet shoppers once again scrambling for an alternate market.

Screenshot of the Versus market from January 2022.

A candid, PGP-signed post by Versus admin “William Gibson” offered the following explanation as to what had actually transpired to cause the sudden shutdown of his market:

There is no doubt that there has been a lot of concern and uncertainty regarding Versus in the last few days. Most of you that have come to know us have rightfully assumed that our silence has been spent working behind the scenes to evaluate the reality of the proposed vulnerability.

After an in-depth assessment, we did identify a vulnerability which allowed read-only access to a 6+ month old copy of the database as well as a potential ip leak of a single server we used for less than 30 days.

We take any and every vulnerability extremely seriously but we do think that its important to contend a number of the claims that were made about us. Specifically of importance: there was no server pwn and users/vendors have nothing to worry about as long as standard and basic opsec practices have been utilized (for example, PGP encryption).” – Versus admin William Gibson

The admin went on to express their opinion that there was a “clear agenda” behind the way the situation had been handled, assumed to be a reference to posts written by DeSnake and Dread admin Paris that insinuated the market had been fully hacked. The post concluded by informing vendors that they would soon be able to retrieve funds trapped on the now-defunct market without having to wait the full 90-day “locktime” period.

For a brief period earlier this year, Versus was perhaps the most popular and highly-trafficked darknet market, rivaled by only the recently-reborn AlphaBay, after the takedown of Hydra in early April. Versus closed its doors to new members earlier this month, deciding to go invite-only after a flux of new users overwhelmed the capacities of its support staff.