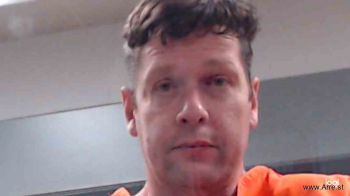 A US man was sentenced to 10 years in prison yesterday after pleading guilty to charges of intent to distribute methamphetamine which he had ordered from a darknet market. Joshua Lee Parsons – 42 – of Powellton, West Virginia, was arrested in Mar. 2021 when several law enforcement agencies executed a search warrant at his residence where they found 66 grams of methamphetamine packaged into 103 individual bags.

Parsons was initially made a suspect on Feb. 24, 2021, when U.S. customs at an international mail center intercepted a package containing 49 grams of heroin destined to his home address. On Mar. 1, another package destined for Parsons’ residence was intercepted at the same facility, this time containing 34 grams of MDMA. Law enforcement made a controlled delivery of the order to the residence on Mar. 8 where they found a loaded .380-caliber handgun along with repackaged methamphetamine and several other drugs, including heroin, MDMA, LSD, psilocin, DMT, and ketamine.

After his arrest, Parsons confessed that he had planned to sell the methamphetamine and that he would soon be receiving another order from overseas. On Mar. 15, law enforcement intercepted another package, this time containing about 223 grams of methamphetamine.

While cases of law enforcement in the US arresting darknet drug buyers are relatively rare, the quantity of drugs shipped to Parsons was large enough to establish a basis that they were to be repackaged and sold to local buyers. The exact charge to which Parsons pled guilty was possession with intent to distribute 50 grams or more of methamphetamine. He received the minimum sentence for which the charge carries, which will be followed by five years of supervised release.