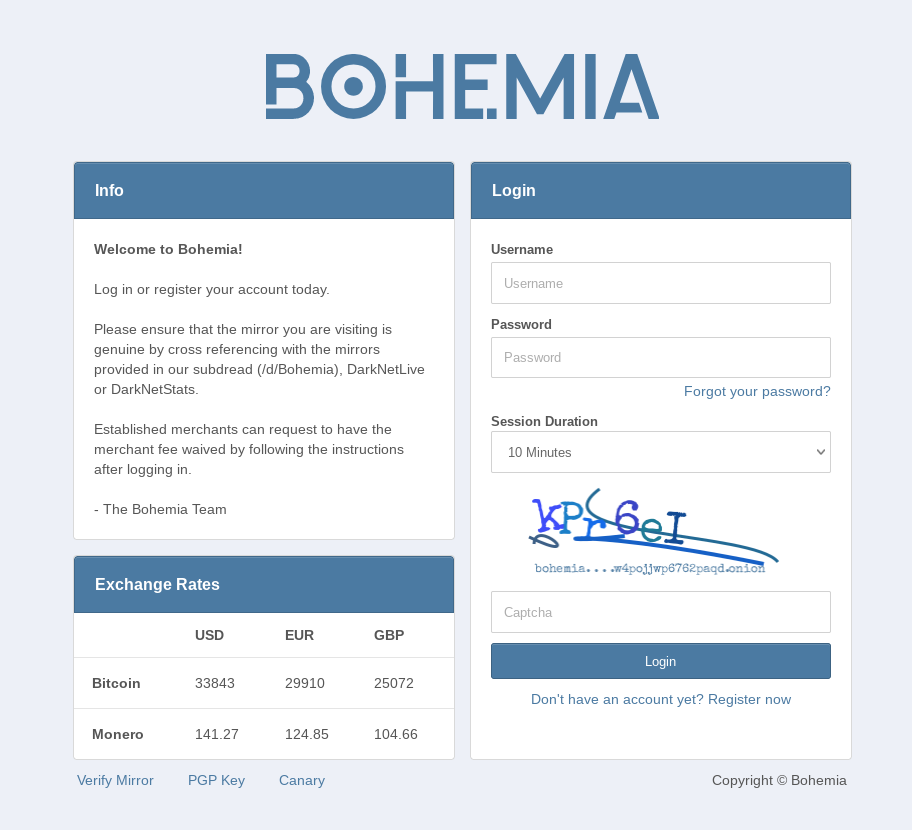 The admin of Bohemia, a darknet market becoming increasingly popular this year, took to Dread yesterday to explain why the market went offline without warning, easing fears of a potential exit scam. Bohemia had been down for only a few hours prior to the admin’s announcement but within that time a number of messages from members fearing the worst had already been posted in the market’s subdread.

In a PGP-signed message, Dread user u/Bohemia posted the following explanation in a thread titled “Bohemia: Massive Apologies” in an attempt to quell rumors of the market’s disappearance:

False alarm, we’re not going anywhere. We worked on optimizing our current database about 12hrs ago, and seems like something didn’t work out. Rest assured the issue has been addressed (not as quickly as we would have liked). Have spoken with /u/HugBunter in regards to the matter, and explained what has happened.

Kindly request everyone to remove their ‘exit-scam’ posts, and to allow all market operators some time to respond to messages.

Most market users on Dread seemed to be satisfied with the explanation, which was given credence by reports from other users that previously-requested withdrawals from the market were still being processed as usual.

The Bohemia market logo and slogan

The admin also reminded users that they could find the market’s rotating mirror on darknetlive, which is regularly updated to provide a functioning URL.

Established in the middle of 2021, Bohemia climbed its way through the darknet market ranks this year by outlasting many of its competitors. The market managed to build a dedicated community in its year or so in existence due to its competency, transparency, and regular communication from its admin. As a result, the Bohemia subdread is one of the most active of all markets on the Dread forum.

Bohemia was still inaccessible through any of its mirrors as of the writing of this article.